Good Day to you, Dear reader !

I told you in the previous posts that the hierarchy and the stripes will be a specific topic.

I think I can guess the first questions you have in your mind: Hierarchy? Stripes? On a cruise ship? In a private company? You are not the Navy. Not the Army…
Why is there a military hierarchy on cruise ships?? Basically, you guys, are just a floating hotel.
And then, it’s so old school! It could be the business model a few years ago but studies show that the latest generations don’t like strict hierarchy…. It doesn’t make sense! Why do you continue in this way?

These are really good questions my friend 😉

So first, I need to remind you something that will never change, even if we embrace the change to survive nowadays. Something really important.
A cruise ship is a total institution. Yes, I know I said that before, so don’t hesitate to search these terms to get the complete definition.
But, to give you the short story, it means that the crew members live and work in the same place. 7 days a week. 24 hours a day. Even if your workday is over. Even if you go back to your cabin, and you consider your cabin as your home… It never stops. You are still on the ship.

So now imagine… Don’t you think you can start to be crazy? You are away from your home for so many months! You have to live 24/7 with the same people! And you can’t like everybody… It’s hard. Really really difficult.
When you are on land, you can go home after your workday, you can relax your mind and forget about your day.
On sea, you can’t. The pressure is still here. You can’t go home. You can’t really avoid the people you had a conflict with during the day. So your nerves continue to be challenged. Your limits and your tolerance are challenged…

So now… You are in the middle of the sea. Don’t you think we need some rules? A strict organisation? To set up a safe environment for all people? To avoid a mutiny and dangerous conflicts? Against some people who can lose their temper? Against these people who just meet their limits and let the emotions and the pressure control their mind and behavior?
You are in the middle of the sea. On a ship. Just imagine one moment that a crew member loses his/her mind and stab a colleague… We don’t have a complete operating room with surgeons you know…

It’s also like the Army or Navy. You are in the middle of the sea, if you have an incident onboard…. You need people to react quickly, without asking any question when a manager gives an order.
On a ship, if you don’t react quickly, the consequences can be dramatic. The fire can spread and can’t be controlled. The ship can sink…

So, in some situations, we can’t have a land-based organisation. Like… We have a crisis so we organize meetings, and meetings, and meetings… To decide what to do… Employees are asking questions or refuse to obey if they don’t want to or think this is not the right thing to do, bla bla bla.

No. Not on a ship. Not in the middle of the ocean.
You can discuss your managers’ orders of course. But after the incident.
We need to protect all the souls onboard. We must have people that can obey and react quickly. All lives depend on this rule. And to make sure we will have trusted people during an incident, we have to put this hierarchy in place all the time. Not just during incidents. So people can be use to it all the time and won’t waste time during an incident.

So now that you understand why we need this hierarchy (I hope so), I will talk to you about the stripes and different authorities onboard.

You have 3 types of categories of people onboard. The crew, the staff and the officers. They are separated regarding the level of responsibilities and their privileges onboard. It will be a different post for this as I am pretty sure you are interested in this topic 🙂

The officers are the only ones who “wear” (because sometimes you don’t really wear them on your uniform) stripes. Of course, the more stripes you have, the more responsibilities you have.

Depending on the organisation and the company:

But the number of stripes is not the only element that differentiate officers. Colors will also help the crew members to quickly recognize their officers and their department.

Colors could change regarding the company, but usually they respect this organisation: 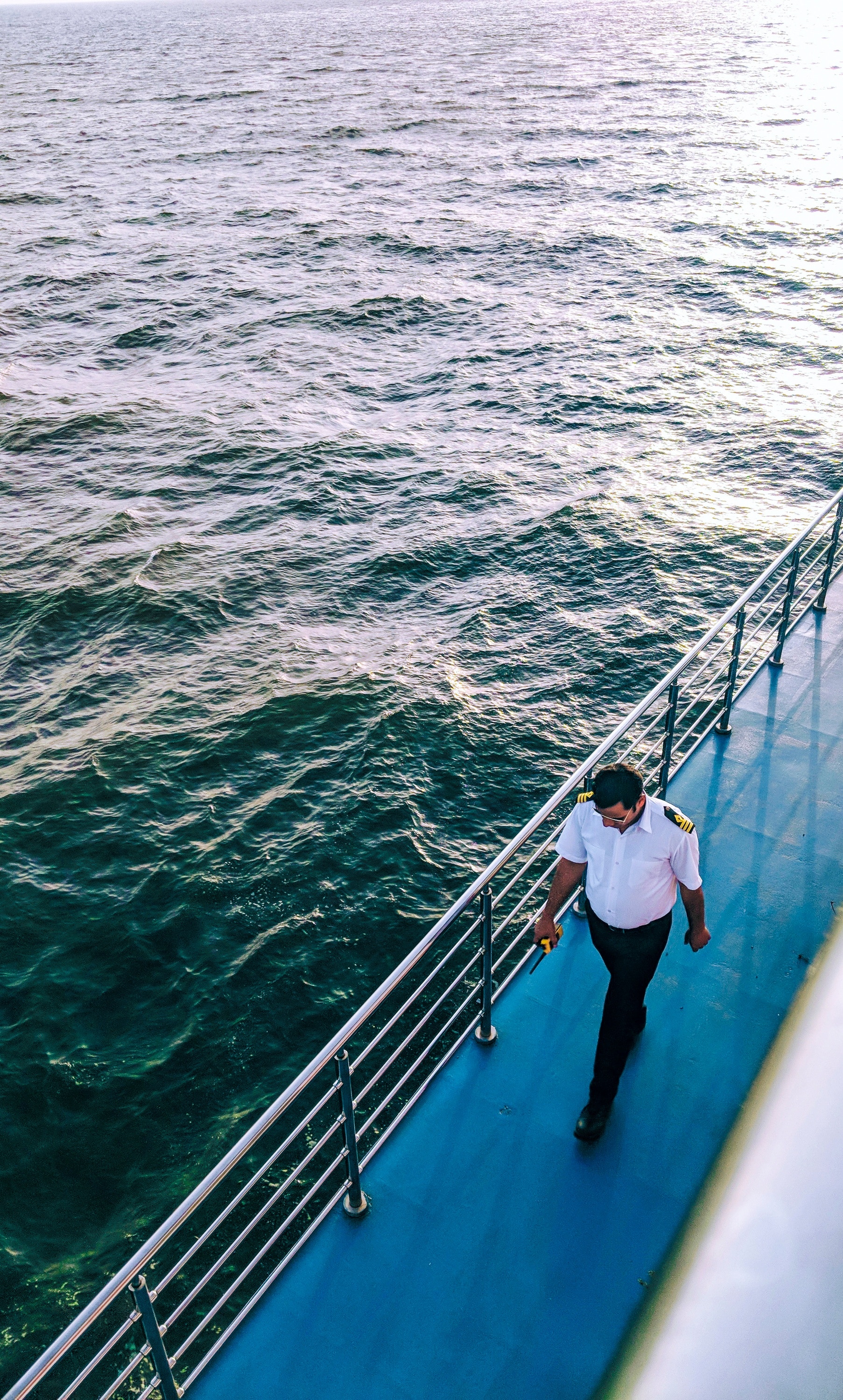