Home » Cruise » Day Of The Seafarer

Day Of The Seafarer

Today, 25th of June, is the International Day of the Seafarer! And quite a special one this year.

The Day of the Seafarer (DotS) was designated by the International Maritime Organization (IMO) to recognize seafarers as valuable workers of our society.Actually, the IMO estimates that around 90% of world trade is carried by the international shipping industry. To give you some examples, it is more than likely that your phone, your tablet or your laptop, that you are using to read this post has been brought to you by ship (at least the main part of its journey). The meal you had for lunch or dinner. Your clothes. Your TV. Your soap. Your mask… Sea transport is part of our everyday life and we just don’t notice it. However, you can eat, drink, dress, work…. Thanks to the hard work done by noble seafarers.

Why is it so special about this year?

This year is the 10th anniversary of the Day of the Seafarer. It’s a milestone and we should be able to celebrate it. 10 years that seafarers are a little bit more recognized for their right value.

However, ships and seamen won’t be able to celebrate it.

First, because ships are leading by example and, even if no one can leave or enter ships today –  they are limiting the trafic to loading/offloading necessary items and repatriating crew – the vessels apply very strict rules while onboard: wearing masks, practicing social distancing, cancelling all gathering and parties, etc. Thus, while some governments start to come back to normal life or some governments are still veeeeeeeery passive, ships don’t take any risk and show the normal behaviour to adopt in these particular times.

Second, because most companies and seafarers don’t have the right mood to celebrate today. The United Nations estimate that around 200 000 seafarers are stuck at sea today when their initial contract already ended and when they are supposed to be at home, resting.
The situation could be extremely bad for seamen and cruise liners. The UK government and their Coast Guards recently made a very strict decision to detain 4 ships that belong to the CMV (Cruise & Voyage Maritime) because the company was treating their crew very poorly. You can have more information on the Cruiseindustrynews website.

Ships continue their journey to repatriate their crew and, as I told you in a previous post, it takes time because governments forgot their role and their commitment (What? You’re not surprised? 😉 )…

Let me show you something. Below is a picture of ships’ current position around Manilla, capital of the Philippines. Filipinos are very represented in the shipping industry. Actually, in the cruise industry, Filipino crew members usually represent the main population onboard among the crew.
Please take a look at the blue icons. They represent cruise ships. Cruise ships that, normally, have nothing to do here as they don’t cruise to Philippines. They are waiting to repatriate their Filipino crew. And this is just a close picture to Manilla. There are other ships sailing along the coasts to get fresh water, and other ships in route to Manilla, and other ships gathering in India, the Caribbean or even in Europe.

This year, the IMO wants to share a strong message to the world and the governments: Seafarers are key workers. They are part of the frontline during the Covid-19 pandemic as the world keeps going thanks to their work.

While people were confined at home and the air traffic suddenly slowed down, almost stopped actually, nothing changed for the shipping industry. Traffic stayed the same. Ships were sailing around the world, delivering goods and repatriating people.

However, when governments repatriated their citizens, tourists and expatriates, around the globe, sailors were still on their ships and continued to bring us food, clothes, entertainment, when we needed it most. And as I explained before, borders were unfairly closed to them.

Every year, the IMO centers its campaign on social media. And many crew members, staff and officers respond. They tell the world about the places they are, their experience, their job or their ship.

No matter if we are onboard, working or in quarantine (yep I should be out in 3 days!!!) or at home, we all have a story to share.

Therefore, if you are a little bit curious, and want to know a little bit more about the world that fills my heart, check on Facebook, Twitter and Instagram for #seafarersarekeyworkers.

Happy sailing on these media and I’ll sea you there 😉 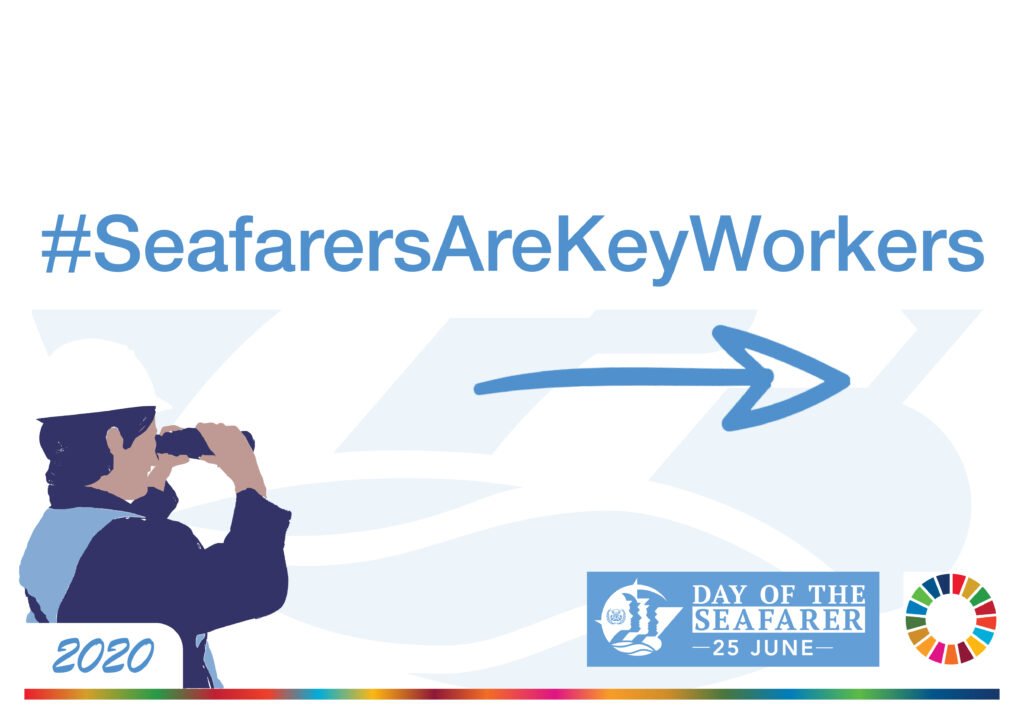 Written by:Away With Your Fairies

The author is a cruise ship officer and loves travelling around the world. He started the expatriation adventure in 2016. He is passionate about learning new cultures, about local food & beer. *Disclaimer: Opinions expressed are solely my own and do not express the views or opinions of my current employer or my previous employers*